Given the mood of the nation, I wanted to strike just the right tone. A bit of celebration and a bit of sadness, a balance of worry and hope. Not too upbeat, not too much of a downer. Inspirational but not over the top. I played with the words, this way and that, never finding the flow I wanted.

Yep, this was shaping up to be the hardest Facebook New Year's post I had ever tried to write.

Even though I knew it was ridiculous, I became paralyzed by the many possibilities that raced through my head. The words just wouldn't come together.

I saw a few other messages in my feed -- penned by professional writers and consciousness-raisers -- who said exactly what I was failing to say. Poignant wishes for health and joy along with courage, determination, wit and wisdom. Reminders that we must be vigilant and cultivate the values that will protect our democracy. Calls to be truth-tellers. These perfectly poetic pieces only froze me further, concerned that I would inadvertently sound like I was copying them. Though no one was waiting with bated breath for my New Year's message, the struggle to say something meaningful frustrated me.

I let perfection be the enemy of the perfectly fine.

Perfectionism a common malady among those with ADHD. It can mean lots of worrying if what you did is good enough, lots of stress over unfinished projects, and lots of making yourself crazy by setting of unreasonable expectations. Sometimes, a perfectionist doesn't even get started on a project because they think, "I'm not going to be able to do it well, so why bother to try?"

Perfectionism in combination with ADHD can mean hyper-focusing unnecessary attention on less important details that keep you from the most vital detail -- getting the job done!

So I invite you to make 2017 a perfectly messy year. Strive for "good enough." Start (or restart) a project you've been avoiding for fear that it won't be done to your exacting standards. Experiment. Be willing to fail. Re-evaluate the plan. Tweak as needed. And at some point, even if it's imperfect, declare it done.

Maybe even declare your imperfection out there on social media ;)

In the end, after several attempts throughout the day, I finally put a New Year's message on Facebook about an hour after midnight, when I remembered to post the poorly lit photo taken four hours earlier, at the beginning of a dinner with dear friends. It was simple. It was hopeful, with a hint of my trepidation for the year to come. Hardly inspirational. But perfectly fine. 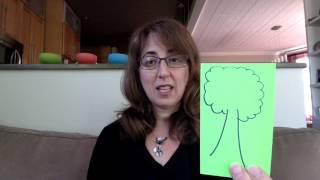 4 ways to mindfully manage anxiety while working on an assignment